ENCYRCLE is the kind of band that could make a true believer of even the most jaded modern metalhead.  Hard-charging speed metal is juiced up further with black metal-esque blast beats, while the guitar solos and vocals are derived entirely from the oldest of old schools: melodic, powerful, and way over the top.  They call what they do “Nocturnal Speed Metal” – which is the kind of label that suggests that they are not married wholly to any one genre, while still planting their roots in the recognizable.  With a professional and powerful sound, and a grasp of songwriting and riffcraft that is well above the norm, ENCYRCLE aims to destroy when the album arrives on June 2, 2015 from Unspeakable Axe Records and Dark Descent.

THE GATE IS OPEN, THE CIRCLE’S FIRE IS RAGING

A pregnant serpent slithered through the night, and in the sleepless summer of 2012, ENCYRCLE was born. Inspired by the wild magic of the broken circle, the Danish band plays their own brand of ‘nocturnal speed metal’ that opens the door into the wilderness of the soul. Despite having strong roots in the old school of metal, the band thrusts a knife deep into the heart of conservative genre expectations and freely rides its own wave. Their self-titled debut album will deliver an unpredictable mixture of fierce melancholy and doomy razorblade shredding. 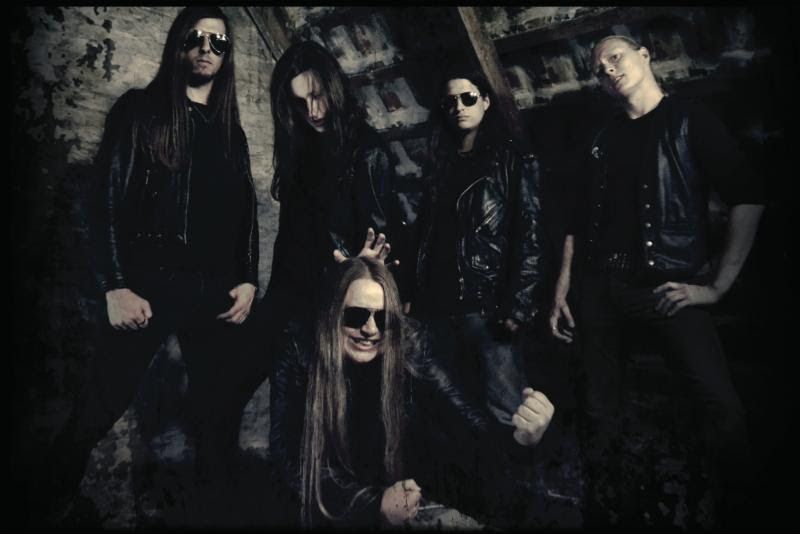 This entry was posted on 5 April 2015 by dewanada. It was filed under Tak Berkategori and was tagged with Album review, Band Review.