Nihil Quam Vacuitas Ordinatum Est from Italian Death Metallers AD NAUSEAM is out now on Lavadome Productions. Stream the album in its entirety at this location.

Nihil Quam Vacuitas Ordinatum Est is the debut album from the quartet and is bound to impress with its heaviness and destructive insanity. The eight technically complex, yet infinitely memorable tracks results in a timeless piece of Death Metal.  The CD can be ordered here.

Nihil Quam Vacuitas Ordinatum Est was five years in the making and well worth the wait. The band has recorded and mixed the album in their own studio, even making some of its own equipment to capture the sound exactly as intended. The painstaking effort was driven by passion, energy, and creativity, collectively harnessed to ensure that mediocrity was crushed in the quest to create something relatively unique without abandoning familiar (and beloved) Death Metal constructs. Nihil Quam Vacuitas Ordinatum Est will undoubtedly appeal to fans of Gorguts, Ulcerate, Hate Eternal, Deathspell Omega, Human Remains, Ved Buens Ende and other genre visionaries. Confidence and determination permeates the sound of this debut, as AD NAUSEAM succeeds in capturing a potent mixture of darkness, iniquity, and extreme aggression.  To discover Nihil Quam Vacuitas Ordinatum Est is to discover a rare Death Metal gem. 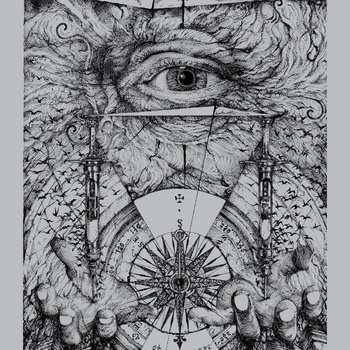 4. Into The Void Eye
5. Terror Haze
6. Lost In The Antiverse
7. The Black Veil Of Original Flaw
8. Superimposing Mere Will And Sheer Need

This entry was posted on 5 April 2015 by dewanada. It was filed under Tak Berkategori and was tagged with Album review, Band Review.